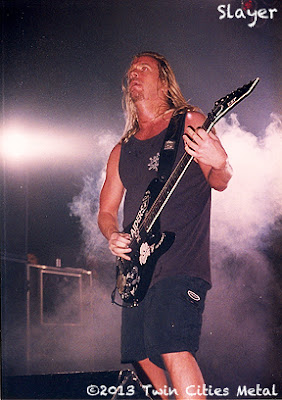 Jeff Hanneman performing with Slayer on August 18, 1998 at Liberty Hall in Lawrence, Kansas.

It was with absolute shock to read the report on Blabbermouth that Jeff Hanneman, guitarist for legendary thrash band Slayer, died early today, Thursday, May 2, of liver failure. Prayers and condolences go out to his family and friends. My own strength requires that this post be short, but some brief thoughts are in order. 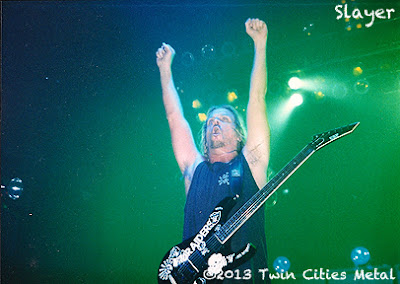 I never met Jeff - the only Slayer members I've met are Kerry King and Dave Lombardo - but his contributions to extreme music cannot be overemphasized. I first gave Slayer a chance when South Of Heaven was released in 1988 to the shock of rock critics - Slayer was playing slow songs! I intrigued enough to pick up the album, and it one that changed my views of what extreme metal could sound like. In the mid-80s Slayer was still regarded as somewhat of a joke. Their silly, ghoulish ads in the back of Circus and other glossy magazines of the day were hard to take seriously and I remember the shock when they were signed to a major label. South Of Heaven convinced me they were a force to be taken very seriously, and their longevity is a testament to their talent. 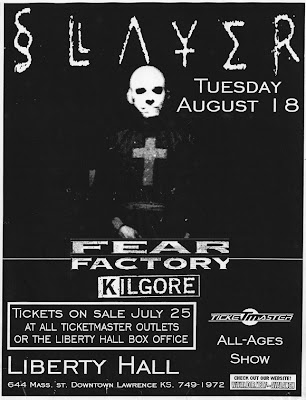 I've haven't counted the number of times I've seen Slayer, but it's probably about 10. Like many others, I expected to Jeff to eventually return to Slayer following recovery from his health troubles that started with complications from a spider bite in 2011 but sadly this never came to be. RIP, Jeff.

The AP's obituary for Jeff can be read here.
Labels: Death, Jeff Hanneman, Obituary, Slayer
Posted by mplsmetal at 12:03 AM