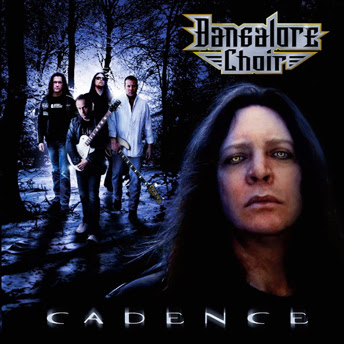 For those who don’t remember or weren’t there, Bangalore Choir was the Los Angeles-based hard rock band fronted by David Reece, vocalist for legendary Minneapolis band Dare Force. Dare Force was made a big impact in the Midwest during the 80s with a couple self-released albums and massive touring (how many bands today have their own PA, lights, and road crew?), but major label offers could never be finalized. The band eventually got back together in 2006 to record seven new songs, World Run Amuck. After recording with LA’s Sacred Child in 1986 or 1987, David bailed before their debut album was released, however, these recordings can be heard on the rerelease of the Sacred Child album. David rose to international attention in 1989 when he replaced Udo Dirkschneider as vocalist in Accept for the poorly received Eat The Heat album. Bangalore Choir was then formed, and all the pieces seemed to be in place for success when their album, On Target, was released in 1992. Hard rock and metal quickly fell out of favor with the industry and public around this time, and Bangalore Choir quickly fell into obscurity. Like many bands from this era, their legend continued underground and the call for another album was heard. After one or two aborted attempts, the reformed Bangalore Choir is now back with Candence which was released towards the end of 2010.
Joining David on Cadence are original guitarist Curt Mitchell and bassist Danny Greenberg alongside newcomers Andy Susemihi (ex-U.D.O.) and Hans In’t Zandt. Cadence certainly sounds different than On Target with its darker, heavier tone, but there are enough sonic threads between the albums so as to sound like an 18-year-interrupted progression. My second big impression is how much David sounds like David Coverdale from his bluesy, early 80s Whitesnake days. What you get here, then, is a modern-sounding hard rock album that is better than On Target in every respect. The album’s too long (14 songs) for my taste and attention span, so it took a few listens to fully appreciate the full album. Cadence gets off to a decent start, but “Survival Of The Fittest” really kicks it into high gear with a powerful, inspired melody. “Tomorrow” and “Heart Attack & Vine” keep up the energy before the excellent, soulful ballad “Still Have A Song To Sing” hits about halfway through. The layered vocals on “Sweet Temptation” are a cool lead-in to the chorus, but “High On The Clouds”, near the end of the album, quickly overshadows this with its melodic groove.
It’s hard to find decent, no-frills hard rock albums these days, so Cadence will strike a chord with those appreciate great songwriting combined with the quality execution of some veterans. My initial rating wasn’t quite this high until I released how much I really enjoy listening to the entire album in its entirety, despite its length. Some songs are definitely better than others, but taken as whole the album can only be seen as an artistic success. Bangalore Choir has returned with a winner, and hopefully more albums are in the cards. David has also been keeping himself busy with other bands and projects recently, including the Reece Kronlund album Solid. To the best of my knowledge, tonight’s show is the first performance of the reformed Bangalore Choir in the US, and one of only three shows, all opening for Diamond Head. 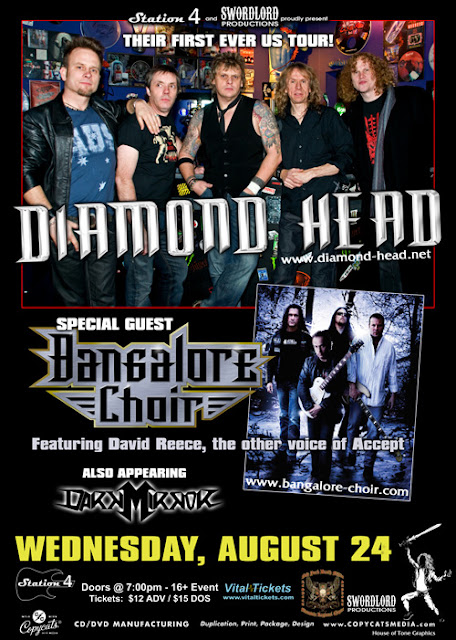