From the Vault - POWERMAD and Sheet Metal 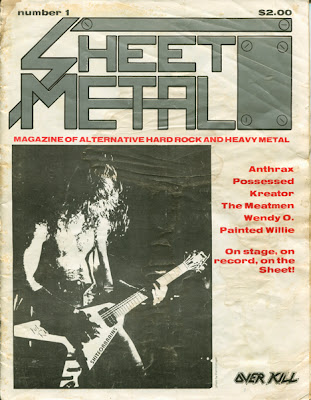 While browsing through my library of old metal fanzines and magazines, I happened upon the first issue of Sheet Metal from 1987, a Minneapolis-based fanzine published by a young Jake Wisely, who also published Uncle Fester around the same time. His cast of writers included a number local musicians, including the late Earl Root and Powermad guitarist/vocalist Joel DuBay. There are some interesting early reviews of Powermad in the issue, but first Jake Wisely needs to be acknowledged for his work in developing the Twins Cities metal and punk scene in the late 80s and early 90s.

While publishing Sheet Metal and Uncle Fester, Jake is credited with getting Madison's brilliant Last Crack signed to Roadrunner (do what you have to do to find a copy of the band's second album Burning Time). It wasn't long before he founded Red Decibel Records, which quickly landed a distribution deal with Columbia and released albums from some great Twin Cities and Midwest bands, such as Season To Risk, Glazed Baby, Cher UK, The Coup De Grace, House Of Large Sizes, and others. He eventually went on to executive positions within EMI, Universal Music, ASCAP, and eMusic. Since 2005 Jake has been a partner and President of The Bicycle Music Group, an independent music publishing company in Los Angeles. 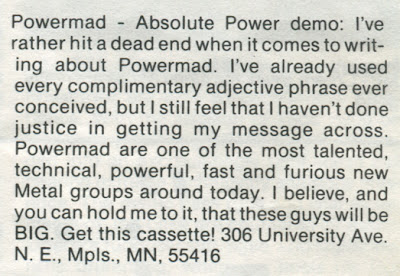 Todd Haug, of course, is now the Head Brewer at the world-renowned Surly Brewing. He and the rest of Powermad still play the occasional live show at Surly's Darkness Day, and they're getting ready to release their first new album since 1989. Todd is also now a guitarist in the mighty sludge/doom band Vulgaari. If you haven't already, check out my recent interview with Todd Haug for an in-depth discussion of Powermad history, the new album, and the world of brewing beer. 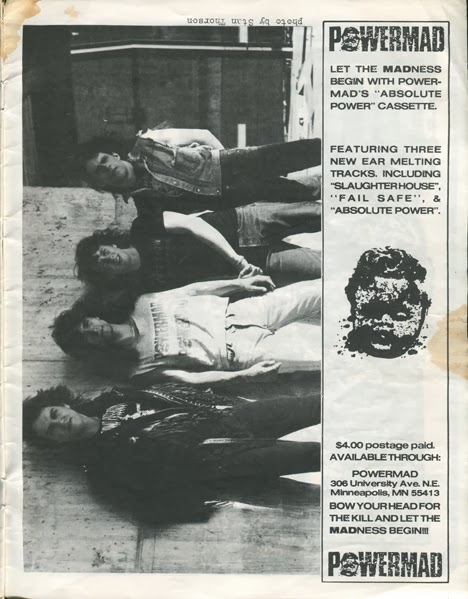 I don't know have any other issues of Sheet Metal or Uncle Fester, nor do I know how many issues were published. Post a comment if you have any further information or any relevant stories to share! 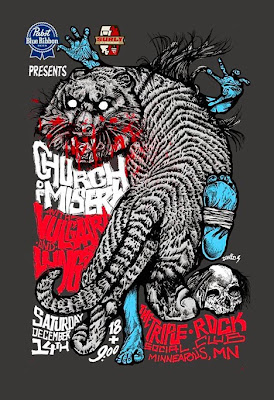