UPDATE: I've modified the headline and post to correct the fact that Corey Taylor will be interviewed tonight by Dave Schrader (of Darkness Radio) during his guest host spot on Coast to Coast AM with George Noory (not during tonight's broadcast of Darkness Radio).

Corey Taylor, frontman for multi-platinum recording artists Slipknot and Stone Sour, is slated to spend 2 hours live tonight, Friday, December 13 (actually the morning of Saturday, December 14) on Coast to Coast AM by special guest host Dave Schrader of Darkness Radio, a paranormal talk radio broadcast from the Twin Cities, from 12–2 am CST. During Taylor’s first appearance with Schrader on Darkness Radio in July, he talked extensively about his own paranormal experiences.

One likely topic of discussion is the recent announcement of Taylor being cast in the movie Fear Clinic alongside actor Robert Englund. The interview should be especially interesting in light of yesterday’s bombshell news that Slipknot has parted ways with drummer Joey Jordison. Will Darkness Radio and Coast to Coast AM have a scoop and get the first public explanation of this shocking development? You’ll have to listen to find out! 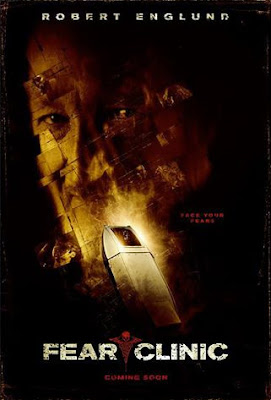 Darkness Radio (formally Darkness on the Edge of Town) is broadcast live five days a week Monday through Friday from 9:00 pm to midnight CST on News-Talk 1130 AM in the Twin Cities metro area. The show is hosted by Dave Schrader, Tim Dennis, and Mallie Fox. You can also listen live through the iheartradio website and app, and it is also available by podcast through iTunes.