I'm embarrassed to admit that there are a number of posts in my publishing cue that I thought where scheduled to be published but in fact were not. Bear with me as I clear these out and publish them now despite the news being a couple weeks out.

Influential death metal band Dying Fetus will embark on a headlining North American tour in October with support from gore gods Exhumed, Devourment, Abiotic, and Waking The Cadaver or Rivers Of Nihil on select dates. The tour lands in St. Paul at Station 4 on Saturday, October 26. Tickets for the St. Paul show are on sale now through Ticketfly. 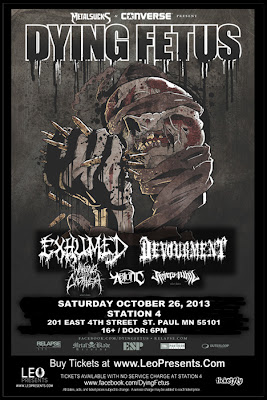 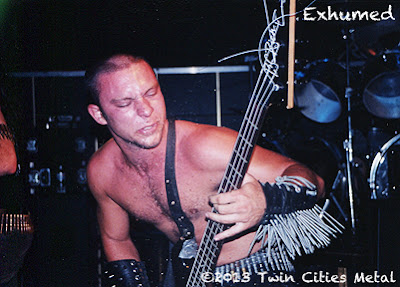 Exhumed performing August 11, 2000 at the Showcase Theater in Corona, California. Click on the photo to see more pictures from this show (14). 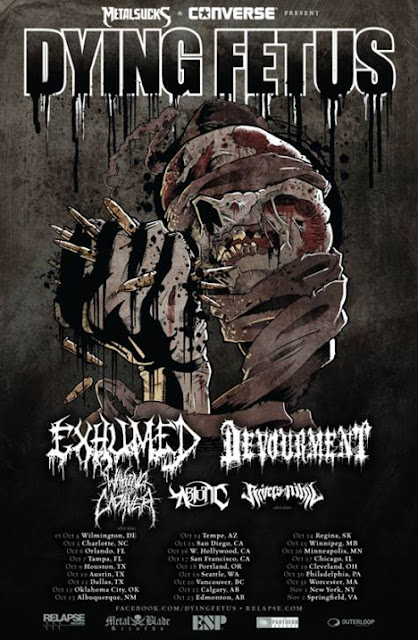