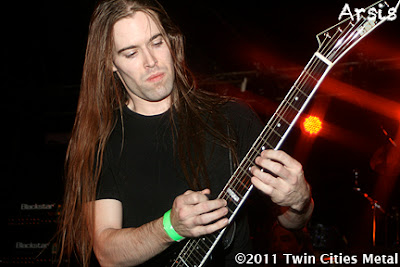 This tour announcement slipped my radar (I usually don’t look out for shows in Eau Claire!), so here it is better late than never. Symphonic metal gods Wintersun have lined up a big North American tour in August and September that hits most of the U.S. and Canada, including a rare show in Eau Claire, Wisconsin at The Oxford Theater on Saturday, August 17. Support on the tour comes from Fleshgod Apocalypse, Arsis, and Starkill, so it’s well worth the short drive if you live in the Twin Cities metro. Tickets for the Eau Claire show are on sale now through Brown Paper Tickets.