UPDATE: Pictures from the show have been added. 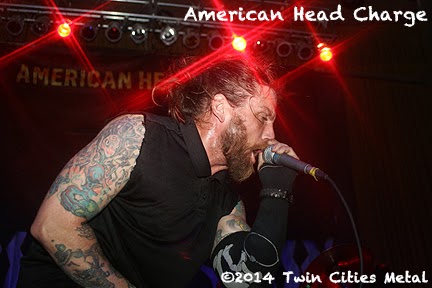 Click on any of the pictures to see more live photos of American Head Charge (46).

American Head Charge just ended a rowdy hometown show in Minneapolis at the Skyway Theatre that saw guitarist Karma Singh Cheema scuffling with security to the point of being restrained. 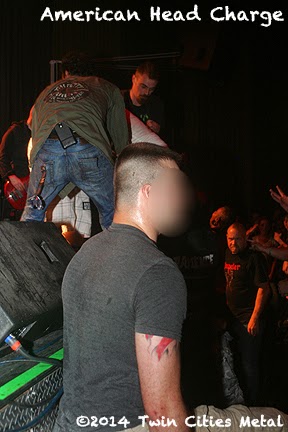 Guitarist Karma Singh Cheema (below) being helped to the stage following a scuffle with security in front of the stage during "Seemless" (above). The incident occurred near the end of the hour-long set when former guitarist Benji Helberg joined the band on stage for "Seamless", from The War Of Art album. During the song Karma set his guitar on the stage and stage-dove into the crowd. A security guard (facing the crowd) did not see this, and began shoving the guitarist out of the security pit when he didn't leave. Karma responded hotly and a shoving match ensued during the song, and additional security rushed up to restrain the guitarist and help him back on the stage. The show ended without incident and Karma jokingly "psyched" the security guard when they shook hands after the song. 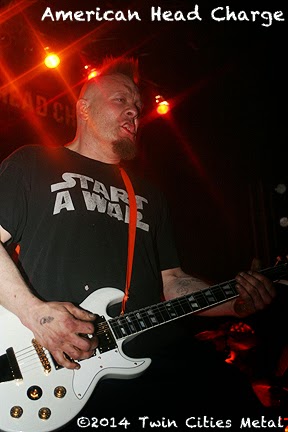 American Head Charge was performing as special guest to Wayne Static, and the band received a raucous welcome from the start. At one point a bass guitar found its way into the crowd and singer Cameron Heacock threateningly warned the audience that "No one is leaving with that," and it was passed above the crowd back to the stage.