From the Vault - NICKELBACK

Alright, I downright detest Canadian rock band Nickelback. They still manage to write a heavy tune now and then, but their formulaic, made-for-radio rock leaves me cold. You gotta respect them, however, and it's hard to argue with sustained success going on over ten years. The band headlined the Target Center a couple weeks back on May 23 with support from like-minded rockers Bush, Seether, and My Darkest Days.


Like all big acts, Nickelback used to be a baby band that was just trying to make it like everyone else. A Roadrunner rep talked me into checking them out a couple times soon after the release of their second album, The State, back around 2000. The first time was at the Whisky in Los Angeles while supporting Fuel. Next, and I'm embarrassed to admit this, I saw Nickelback supporting Creed with Sevendust at Cox Arena in San Diego. I haven't yet come across my photos from the Fuel and Nickelback show at the Whisky, but here's a slew of pictures from the show with Creed and Sevendust from June 18, 2000. I also thought I'd include a promotional photo composite from Roadrunner from the "Leaders Of Men" video shoot. I'll get the Sevendust pictures from this show up in the near future. 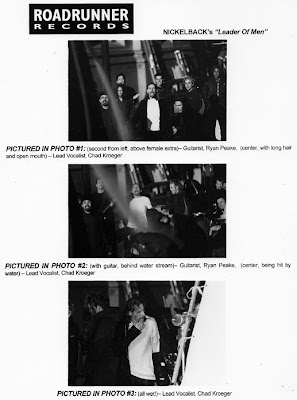 
I don't have any Creed pictures - this was one of only two shows that I've ever been "kicked out" of, haha. Despite my photo credentials, Creed's tour manager was a major a****** and had me and someone else tossed from the security pit as Creed started their set. Of course, no explanation was given. I was offered the chance to watch the show if I left all of my camera equipment with security. Yeah right, no thanks! The only other show I was truly evicted from was an Ozzy Osbourne concert around 1994 at the Five Seasons Center in Cedar Rapids, Iowa. I was up front flipping off openers Slaughter. Singer Mark Slaughter gave me dirty looks and grabbed his crotch in front of me, but bassist Dana Strum went ballistic. Mid-song he pointed me out to someone in Slaughter's crew. A flashlight got shone in my face, and two security goons lifted me over the security fence and hauled me to a door. To my dismay, the door they shoved me through deposited me directly onto the street behind the arena! This was to be my first time seeing Ozzy, so naturally I was more than ticked off, but my friends and I laughed about this for years to come. Okay, enough with the stories, here's the live Nickelback shots from 2000. Click on any of the pictures to see all the photos from this show (32). 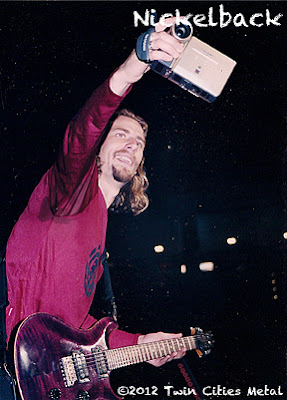 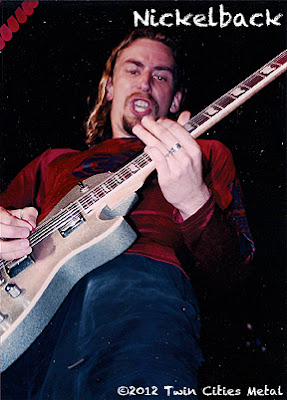 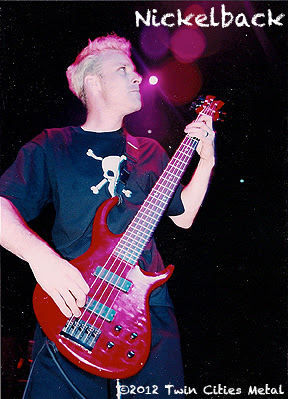 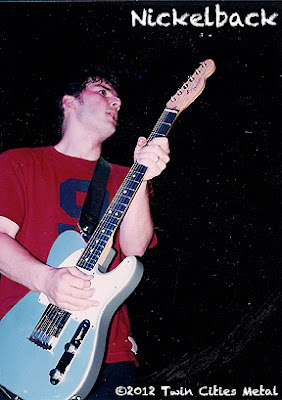 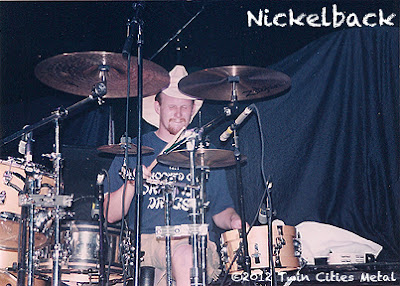 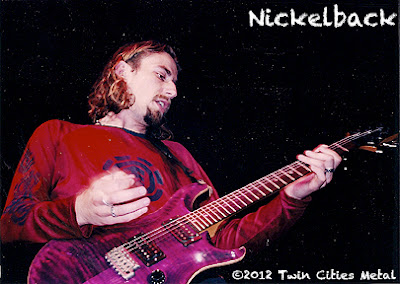 Labels: 2000, Nickelback, Photography, Photos
Posted by mplsmetal at 7:17 AM