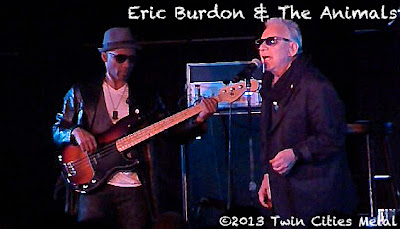 Note that all of the pictures here are screenshots from a video recording. They aren't the best, but it's better than nothing. Click on any of the pictures to see more photos of Eric Burdon & The Animals (11).

Okay, I know that this may seem like a stretch from the usual bands that I write about, but the impact that The Animals have had on hard rock is undeniable. Emerging from England in the mid-60s and often mischaracterized as a psychedelic band, The Animals were a very heavy band in a world before Black Sabbath, Deep Purple, and Uriah Heep. Mixing heavy blues, pop hooks, and the deep, recognizable voice of Eric Burdon, The Animals blew off the doors and shook the music establishment. Out for a brief string of dates in the US and Canada to promote a new solo album released last week, ‘Til Your River Runs Dry, Eric Burdon was greeted by large, nearly sold-out crowd at the Medina Entertainment Center (MEC). 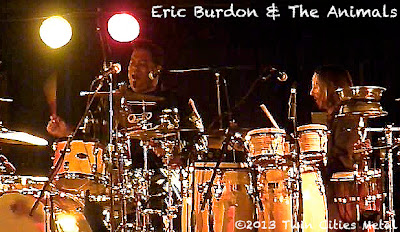 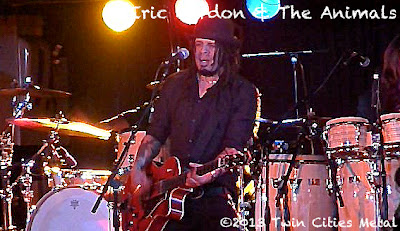 Over 70 years old now, Eric’s voice is still strong and full of fire. He brought with him an experienced band of outstanding musicians with the unusual configuration of a guitarist, bassist, keyboardist, and two drummers/percussionists. The sound at the MEC is always fantastic, and the band confidently hit the stage with “When I Was Young”, which led directly into the unexpected gem “Inside Looking Out” (a song that Wino’s pre-Spirit Caravan band Shine has covered in concert). “It’s My Life”, the first of many classic anthems played tonight, then brought the seated crowd to its feet for extended applause. Eric then introduced a song from the new album, “Devil And Jesus”, a relaxed, somber tune that slowed things down before the boogie-woogie of “Red Cross Store” picked up the pace of the show. Next was the hit “Don’t Let Me Be Misunderstood”, although the keyboard-dominated studio version was scrapped here for a mellow, acoustic/flamenco-styled rendering. One of the earliest hits from The Animals, “I’m Crying”, featured a manic drums solo from both drummers that evolved into a firey band jam. Eric and the band then returned to the new album with “Water”, a stomping anthem, and “Before You Accuse Me”, an old Bo Diddley tune from the late 50s. Closing out the set was the classic “We Gotta Get Out Of This Place”. Stretched out for over 11 minutes, the song started with the simple, memorable bass line, then a jam on the organ led into the song as it built up to its climactic chorus. An extended guitar solo was also featured before the crowd gave a standing ovation as the song wound down. An encore was obligatory, and Eric and band returned to first play “Spill The Wine”, a funky tune from Eric’s days collaborating with War, that again led into some lengthy drums and keyboard solos. Nearing the end, number one hit “The House Of The Rising Sun” was played in fashion similar to “Don’t Let Me Be Misunderstood” where the organ was tamed in favor of acoustic guitar to handle the main melody. The final chords brought another standing ovation, but before leaving the band joined Eric for short a cappella-style version of “River Is Rising” before walking from the stage to enormous applause. 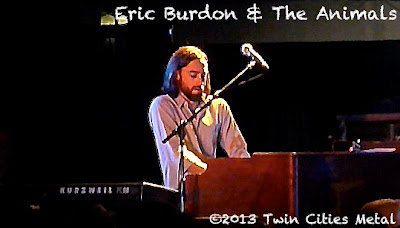 The Lamont Cranston Band and Bruce McCabe opened the show, but I missed both of their sets. Eric Burdon had enough heft in his aging voice to still sound fantastic throughout the 80 minute set, and his band did more than simply bash out the songs. Everyone on stage deserves a lot of credit for bringing these classic songs to life with plenty of solos, jams, and reinterpretations. Nothing in the set was weak, but personal favorites were “I’m Crying”, “We Gotta Get Out Of This Place”, and “Inside Looking Out”. It’s hard to not be impressed that nearly 50 years since the first album from The Animals was released, a crowd of 3,000–4,000 people still turned out to see Eric Burdon perform. 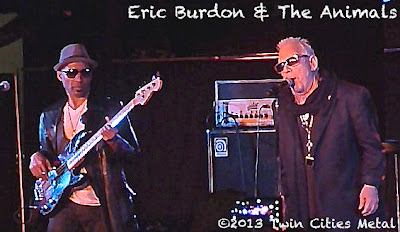