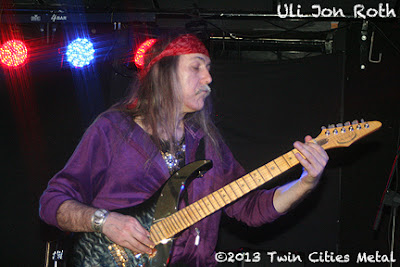 Click on pictures to see more photos of Uli Jon Roth and his band (63).

It’s been a long time since former Scorpions guitarist Uli Jon Roth has done an extensive North American tour, so this trek to celebrate his 40th anniversary of joining Scorpions was highly anticipated. To my surprise the show took place on the small stage by the front bar (not the large hall at the back of the venue), and this gave the show a warm, intimate feel. Locals Them Pesky Kids were midway through their set when I arrived. Primarily playing covers of 70s rock classics with an occasional original thrown in, Them Pesky Kids had the crowd on its feet and drinking a lot of beer. They were decent enough, but more original songs would have been welcome. 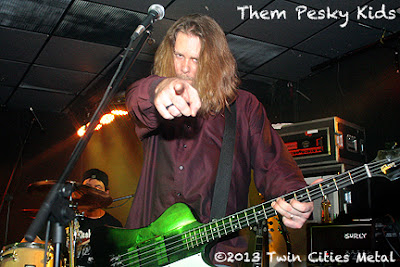 Click on picture to see more photos of Them Pesky Kids (12).

The large crowd then pushed in from the bar into the stage room in anticipation of Uli. His band includes different musicians on parts of the tour, and tonight featured Henning Basse (vocals), Niklas Turmann (guitar), Ali Clinton (guitar), Ule Ritgen (bass), Corvin Bahn (keyboards), and Jamie Little (drums) – experienced musicians all. Except for the encore, the entire set consisted of tracks from the five groundbreaking Scorpions albums on which Uli played from 1974–1978 – Fly To The Rainbow, In Trance, Virgin Killer, Taken By Force, and Tokyo Tapes. 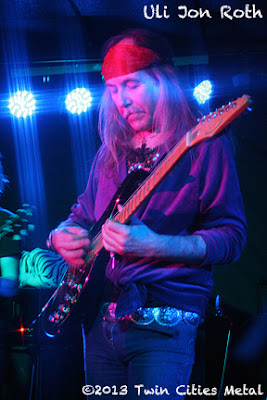 Opener “All Night Long” immediately established the chops of the band, with Henning demonstrating his impressive vocal range (as you can hear on Metalium albums). The pace came down for “Longing For Fire” and “Crying Days”, but “They Need A Million” and the early Rainbow-esque “The Sails Of Charon” brought on a large crowd response. “Evening Wind” was also masterful, and built up into some massive solos by Uli. “Sun In My Hand” and “Drifting Sun” were a bit more straight-ahead rockers, while “Hell Cat” showed a heavy Hendrix influence. Uli introduced “We’ll Burn The Sky” and “In Trance” as ballads, but these proved to be two of the most powerful songs of the night, “In Trance” being especially impressive with Henning’s vocal delivery. Uli took over vocals for the moody, expansive epic “Fly To The Rainbow”, and again stepped to the fore with an extended solo during a nearly 14 minute version of “I’ve Got To Be Free” that also gave some solo time to Corvin on the keyboards. The heavy anthems “Pictured Life” and “Catch Your Train” were delivered concisely before the set closed with a lengthy rendition of “Dark Lady” that featured solos from all three guitarists. Uli’s been playing a few different covers for the encore on this tour, and tonight he brought the band back on stage for “All Along The Watchtower”. 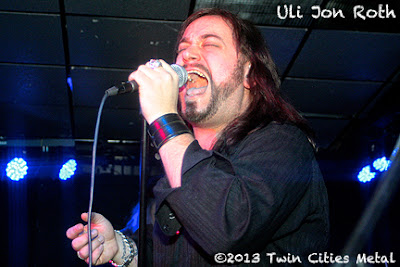 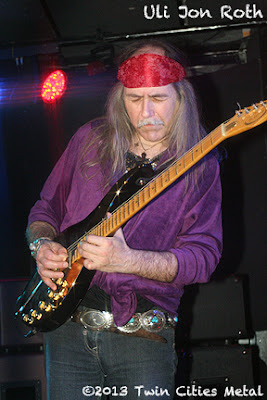 Throughout the two-hour show, Uli certainly demonstrated why he’s one of world’s top guitar virtuosos. It was hard to not simply stand in awe of his abilities, unbelievably viewed up close in a small club. Most enjoyable were the extended solos and jams that seemed extensively improvised, aided by an expert band that seamlessly picked up Uli’s cues for transitions back to the formal songs. Nobody plays in this style of Mark II Deep Purple anymore, so this Made In Japan fan was thrilled at this approach. Song highlights included “The Sails Of Charon”, as well as the four-song sequence of “We’ll Burn The Sky”, “In Trance”, “Fly To The Rainbow”, and “I’ve Got To Be Free”. The only disappointment was the mix - Uli’s guitar was high in the mix, however, the vocals were disappointingly low and difficult to hear well (especially Uli’s microphone). There was also some persistent feedback that had everyone on stage visibly annoyed. Since the stage was small, the band members did a great job of standing or playing to the sides to give Uli some room to shine during his many solos. Similar respect was given to all of the other musicians, with Uli even stepping off the stage to drink a Red Bull while Niklas and Ali took turns with some extended solos during “Dark Lady”. Despite the technical issues with the sound, this was a night to remember. Rush out to see Uli if he’s yet to come to your city on this tour, and shame on you if you missed your chance. 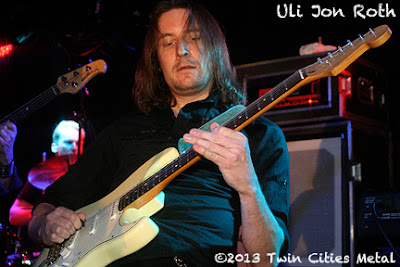 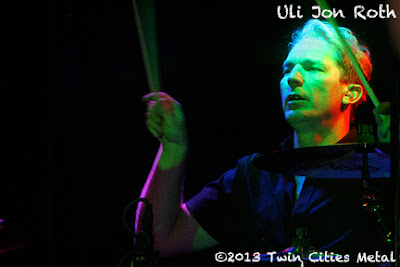