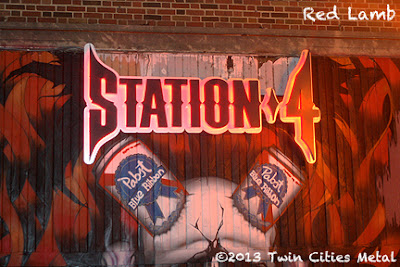 Since Station 4 in St. Paul closed abruptly for the summer on Friday, June 7, the status of the concerts already booked there is in doubt.

To quickly recap, the building's owner had been fighting an order from the city of St. Paul to upgrade the building's ventilation system. The building had remained open during two exemptions given by the city, and a third was denied. An updated article from Chris Riemenschneider at the Minneapolis Star Tribune provides some details:

"Steve Ledin, co-owner of Station 4, said the building's owner had been in negotiations with the city for more than a year — and up until last week — hoping to keep the club open while the new ventilation was built. The upgrades proved more costly than expected, given the structure's century-old construction — about $100,000, which required Alan Peterson, owner of the building and co-owner of the club, to refinance the property."

Ledin also confirmed that the light rail train construction that's been taking place right in front of the club for the last 2–3 years has hurt business (like most businesses in the path of the light rail line):

"Over the past two years, Ledin said, the club saw about a $1 million decrease in revenue that he attributes mostly to light-rail construction. On the upside, Ledin said the refinancing will permit other refurbishments to be made."

Here is a complete update on the current state of metal and hard rock shows that were scheduled. Refunds for canceled shows should be available at the point of purchase. I have left shows for which no information is yet available on the concert calendar for now, and they will be updated when appropriate.

The Abandon Kansas show tonight, June 13 has been moved to the Evangelical Free Church in Mankato. It’s only $5 at the door and starts at 7:00. Support now comes from Marah In The Mainsail and Dead Level Best. 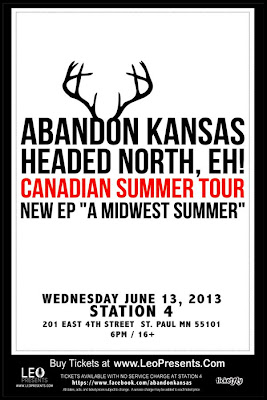 Moved to the Evangelical Free Church in Mankato.

The album release show for Cold Colours with Avernus, Plague Of Stars, and Nuklear Frost on Saturday, June 15 has been cancelled. 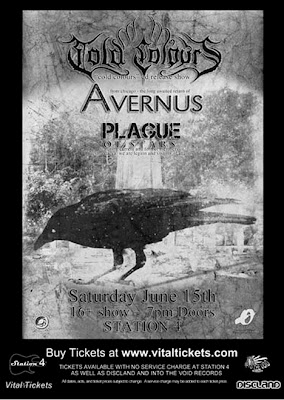 There is no updated information about the Melechesh, Vreid, Lightning Swords Of Death, Reign Of Lies, and Pestifere concert on Monday, June 24. 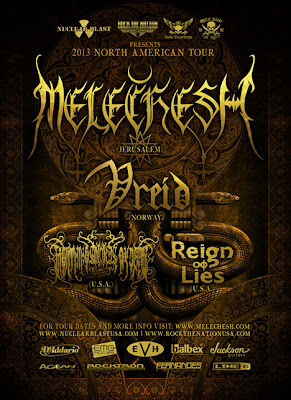 No information available at this time. 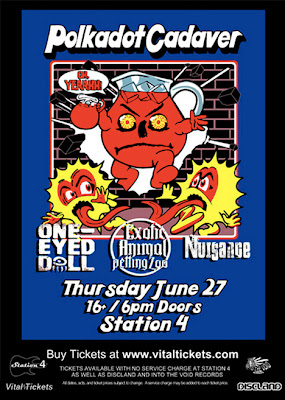 Florida’s Hot Graves cancelled their entire summer tour a couple days ago, which was supposed to hit Station 4 on Friday, June 28. Virginia thrashers Humungus are continuing on with the tour, but it’s unknown if the Station 4 show with Plagued Insanity, Failure Meets Fame, and Splimit will be moved to a different venue.

The Green Jellÿ show on Friday, July 19 has been moved to the Triple Rock Social Club in Minneapolis. Still supporting are Impaler, Screaming Mechanical Brain, Iguana, and Rock And Roll Whores. 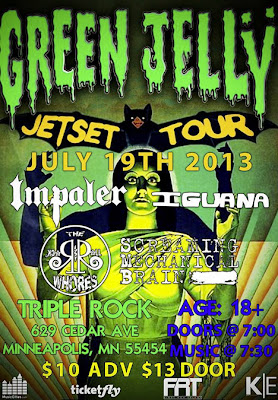 No information is available about what will happen to the Kommandant, Atrum Inritus, Burning Bethlehem, and Nuklear Frost show on Saturday, July 27. 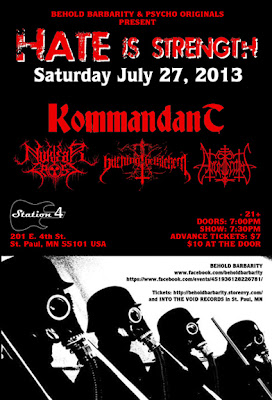 No information available at this time.

The Summer Slaughter tour featuring Dillinger Escape Plan, Animals As Leaders, Periphery, Norma Jean, Cattle Decapitation, The Ocean, Revocation, Rings Of Saturn, Thy Art Is Murder, and Aeon will now take place at the Cabooze in Minneapolis on Wednesday, August 14. 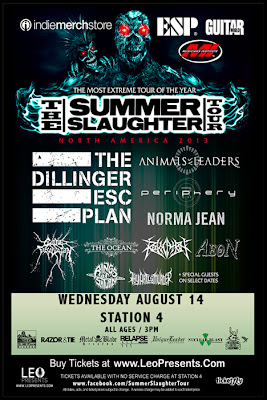 Moved to the Cabooze in Minneapolis.