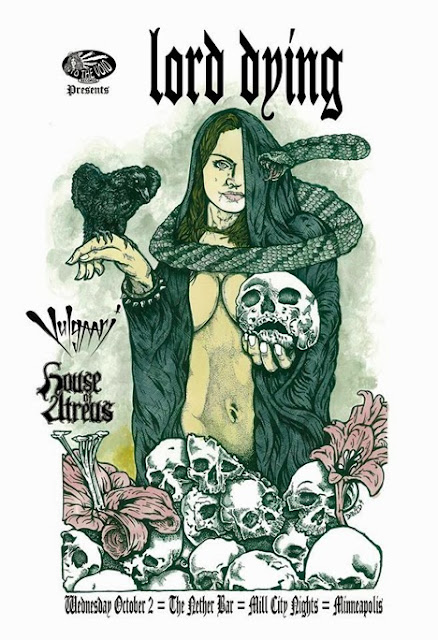 I have no idea how this show escaped my notice until now, but the concert calendar has been updated with tonight's show by Lord Dying at The Nether Bar in Minneapolis. These guys are a cool sludge/doom band from Portland, and their debut album Summon The Faithless recently came out on Relapse. This is one of a handful of headlining shows for Lord Dying on their way home after wrapping up a September tour supporting Valient Thorr and Ramming Speed. Also on the bill tonight are Vulgaari and House Of Atreus. This is an 18+ show and is only $10 at the door, and it gets underway at 8:30.