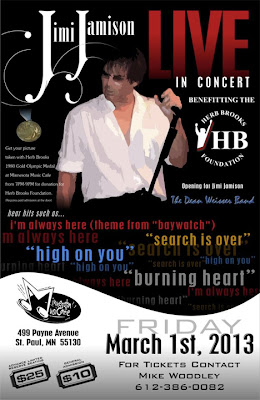 This was not a typical performance from Jimi Jamison, vocalist extraordinaire for AOR superstars Survivor, due it being a one-off special fundraising event for the Herb Brooks Foundation. Herb Brooks was a legendary hockey player and coach from St. Paul, immortalized as coach of the 1980 US Olympic hockey team. Jimi was flown into St. Paul just for this event, and his band for the night was the local Headliner, who has played as Jimi’s band at previous area shows. In this context, mistakes were to be expected and cues would likely be missed. I expected a short set of Survivor’s biggest hits, but Jimi and Headliner put on a long, two-hour show that delivered on its purpose – to have fun for a good cause. In addition to a healthy dose of Survivor songs, a number of covers were played and the band was joined by former Toto vocalist (and St. Paul resident) Fergie Frederiksen (who sang on 1984’s Isolation album). 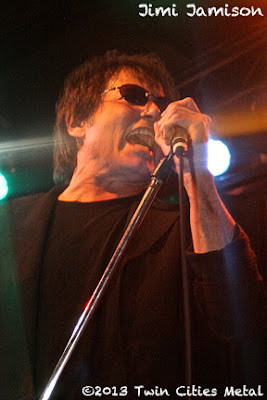 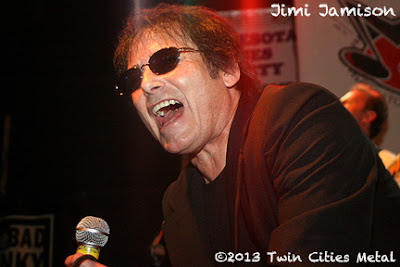 Click on any of the pictures to see more photos of Jimi Jamison, Fergie Frederiksen, and Headliner (48)

Jimi got the crowd worked up immediately with show opener “High On You”, followed by more Survivor classics: “It’s The Singer, Not The Song”, “I Can’t Hold Back”, and “Is This Love”. Fergie was then introduced to the crowd, and he took over and sang great renditions of the Toto classics “Hold The Line”, “Africa” (as a duet with one of the guitarists), and “I’ll Be Over You”. Jimi returned to the stage and after singing mega-smash “Burning Heart” from the Rocky IV movie soundtrack, he focused on some solo material, including “I’m Always Here” (the Baywatch theme song), “Crossroads Moment”, and his cover of Gary Wright’s “Love Is Alive”. 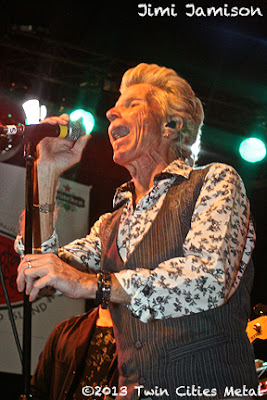 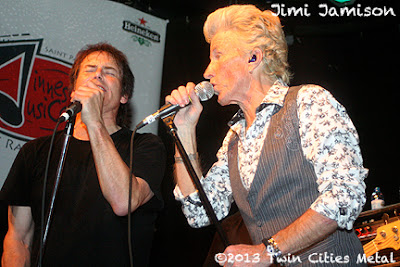 The second half of the show focused more on some fun cover tunes, starting with a batch of Bad Company. Fergie sang lead on “Good Lovin’ Gone Bad”, while Jimi took over for “Feel Like Makin’ Love” and “Gone, Gone, Gone”. While the keyboards were a weak point, Fergie then sang a great rendition of “Separate Ways” by Journey. Some more Survivor was in order, and Jimi sounded his best on “The Search Is Over” and “Rebel Son”. A revved up version of “Gimme All Your Lovin’” (Jimi sang background vocals on many ZZ Top albums, including Eliminator) that evolved into an extended, impromptu jam on “Some Kind Of Wonderful” and “Roadhouse Blues”. Fergie returned one more time to sing “Rosanna”, and Jimi closed the night with Survivor’s biggest hit, “Eye Of The Tiger”, from the Rocky III soundtrack. The exhausted crowd roared with approval at what everyone knew what a special performance. 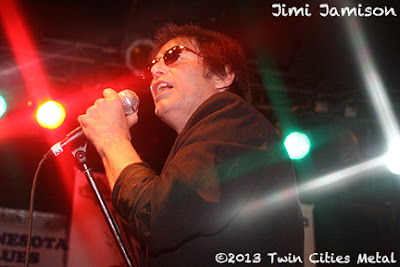 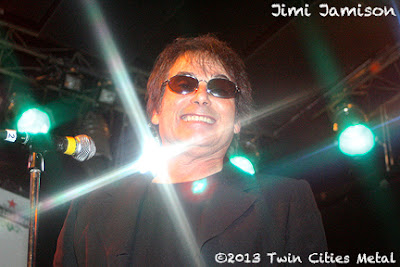 Not everything was perfect, but this didn’t distract much from the fun, loose vibe of the evening. If you’ve heard Jimi’s outstanding new solo album, Never Too Late, you know that his voice remains strong, and he still sings with all of his characteristic strength and power. Despite his long public battles with hepatitis C and liver cancer, Fergie still sounds great and did an impressive job on his songs. He was a great addition to the show, and everyone on stage was clearly enjoying playing. Headliner did a suitable job playing with Jimi, and the show benefitted from excellent stage rapport between Jimi and the band. The only disappointment was that the title track from Jimi’s new album was cut from the set list (I was personally hoping to hear “Street Survivor” or “The Air That I Breathe, which should be a major pop radio hit) as was “Isolation” from the lone Toto album on which Fergie sang. Nevertheless, the concert was enjoyable and fun. Hopefully Jimi returns to town while Never Too Late is being promoted to play more of his solo material. 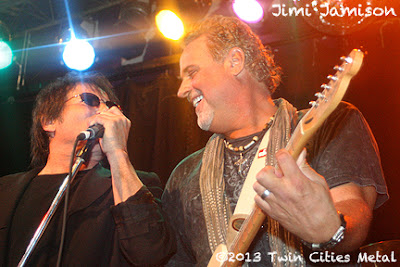 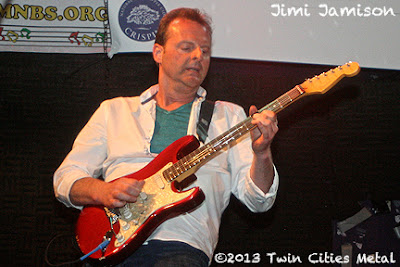