From The Vault - PAPA ROACH

UPDATE: Here's also a Papa Roach promo photo from 2000 used for the promotion of the Infest album. 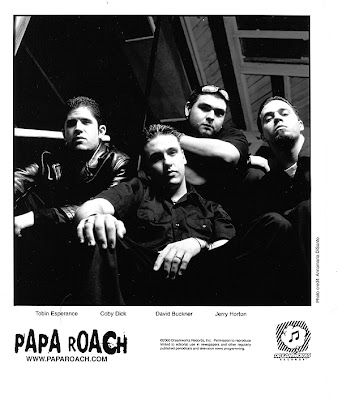 I haven't gone through my archives in a while, so I thought it'd be fun to pull out some old photos of Papa Roach back when they were trolling the Sunset Strip for attention just like everyone else. These photos were taken March 20, 2000 at the famed Troubadour in West Hollywood the month before their major label debut album, Infest, was released. This was one of the Troubadour's free Monday night shows that usually featured some great local metal bands, and at this one Papa Roach played with Slaves On Dope and Disengage. I remember chatting with Dino Cazares of Fear Factory at the bar, I believe he is related to one of the guys in Papa Roach. Although no one knew who Papa Roach was at the time, it was clear from the excitement in the room that Infest might go somewhere. Millions of albums later, Papa Roach remarkably remains one of the last rap-rock bands standing. 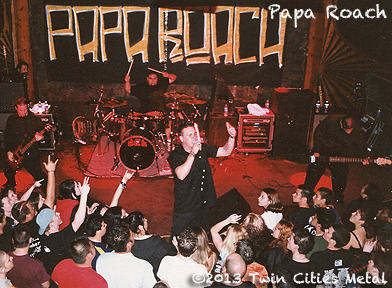 Papa Roach rips up the Troubadour on March 20, 2000 on the eve of the release of Infest. Click on any photo to see more pictures of Papa Roach (15). 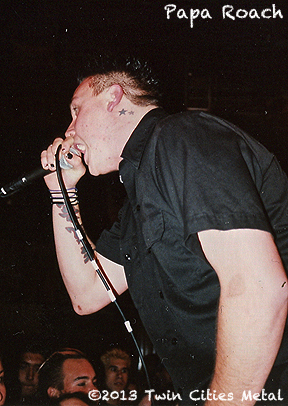 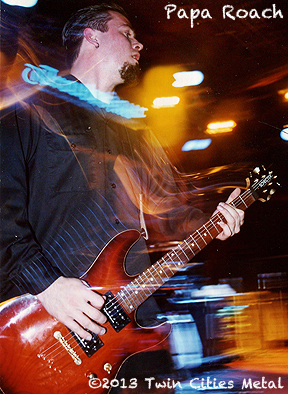 Papa Roach performs Tuesday, May 21 at the Mayo Civic Center Auditorium in Rochester with support from Escape The Fate and Otherwise. 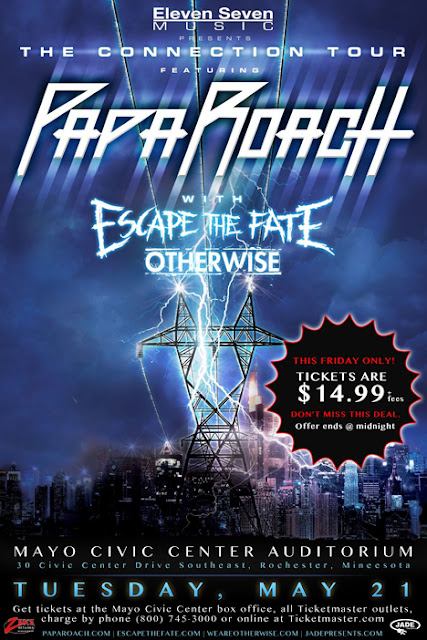